Musical intelligence is the capacity to discern pitch, rhythm, timbre, and tone. This intelligence enables us to recognize, create, reproduce, and reflect on music, as demonstrated by composers, conductors, musicians, vocalist, and sensitive listeners. Interestingly, there is often an affective connection between music and the emotions; and mathematical and musical intelligences may share common thinking processes. Young adults with this kind of intelligence are usually singing or drumming to themselves. They are usually quite aware of sounds others may miss. Two facts that are widely accept are that children do not express music in the same way as adults and that the years from birth to the age of six is the most important period for a child’s musical development.

This is because even the youngest toddlers receive the tones of music and unintentionally differentiate in frequency, melody and stimuli. According to researchers, the early years of childhood are critical to learn to unscramble the tones of music and to build up a mental organization system to memories the music. This means that, like language development, toddlers develop their musical skills through imitating and memorizing rhythms and tones of songs such as clapping to a beat and singing in tune. Without this ability children would not be able to develop their musical skills.

Logical-mathematical intelligence is the ability to calculate, quantify, consider propositions and hypotheses, and carry out complete mathematical operations. It enables us to perceive relationships and connections and to use abstract, symbolic thought; sequential reasoning skills; and inductive and deductive thinking patterns. Logical intelligence is usually well developed in mathematicians, scientists, and detectives. Young adults with lots of logical intelligence are interested in patterns, categories, and relationships. They are drawn to arithmetic problems, strategy games and experiments.

Logical-mathematical intelligence consists of many factors related to the analytical, synthetic and integration functioning of the mind. When developed well the person becomes a divergent thinker. Cognitive development is the process by which a child learns to reason, solve problems and to think consciously. Cognitive development allows preschool-age children ages 3 to 4 years old to develop their own questions about the world around them and how it works. Preschool-age children learn by playing, listening, watching, asking questions and doing things for themselves. These activities help a child's brain develop and understand more complex thoughts and processes as they grow.

"Physical activity and motor skills are important for preparing for school and for life,"

Fine motor skill development could include stacking blocks or other items, copying circles on a page or playing with creative toys such as Lego’s or crayons. Gross motor skill development could include things like playing catch, playing on toys at the park or drawing a line on the sidewalk and having the child jump back and forth over it. The Importance of Fine Motor Skill Development.

Fine motor skills are those that involve a refined use of the small muscles which control the hand, fingers and thumb. With the development of these skills, a child is able to complete important tasks such as writing, feeding oneself, buttoning and zippering.

"Kids need to move. Its part of who they are at that age," MacDonald said. "It's important to remember to give them time to do it."

The importance of children developing good communication skills. As a child develops, it is important we nurture their communication skills so they are capable of expressing themselves. The ability to communicate effectively is a key skill, and the better we are at it, the better our quality of life will be. As children develop so do their interpersonal and social skills, around siblings and peers children learn to share and also to be assertive and persuasive. As children learn language they learn how to communicate in increasingly complex ways.

At still relatively young ages children know how to communicate differently to different people - parents, siblings, grandparents, teachers and other people. Children learn interpersonal and social skills based on their experiences – by what worked in the past. Young babies may scream to let their parents know they are hungry, a baby learns that when it screams it gets fed and therefore continues with this behavior. Of course screaming for food becomes less acceptable the older you get – once some simple language has been learned it is more acceptable to ask for food. Later, with the right encouragement, children will learn that using sentences including the word ‘please’ to ask for food maybe their best strategy for success.

Body intelligence or kinesthetic is one that relates to the use of the different parts of our body to do something, to find a solution to a problem or to communicate or convey a meaning. Children with a high bodily-kinesthetic intelligence love to move. They use movement to acquire knowledge about themselves, their physical and mental abilities and about their surroundings. It is very easy to identify these children. They enjoy and are often successful in sports, games, constructing, dancing, hands-on tasks, working with scientific materials and arts and crafts.

These activities involve precision, swiftness and physical coordination by using their mind and their fine and gross motor skills. A child who is strong in body intelligence or kinesthetic dances well, likes to do sports, moves a lot, it is flexible, it coordinates well, is right-handed with the hands and speed. They are children who tend to move, speak, and sing at the same time as they work. They do it because they need to establish a clear connection with the space and symbols in movements to learn and see.

Using sight, sound, touch, taste, and smell to investigate the world around them fills children with wonder and excitement as they learn new things, which is why exploring science at an early age is so important. "Scientific thinking enables children to gain an understanding of the world in which they live. Encourage them to ask questions and use simple tools as they make comparisons,"

1.Helps kids to make sense of the world

When children are engaged in learning about science and nature, they are also learning strategies for active exploration, thinking and reasoning and develop working theories for making sense of the natural, social, physical and material worlds around them.

Science and nature can help children to discover how nature works, learn the correct names for animals and plants, care for the well-being of others and the environment, and to learn to question and investigate.

aadi support children in their exploration by creating an environment that promotes observation, exploration and explanation, asking open-ended questions such as 'What do you think might happen?' or 'What do you see happening?'. Encourage children to touch, taste, listen, see and smell the items, and get them to come up with their own explanations.

Dramatic Play Based On Flower Theme 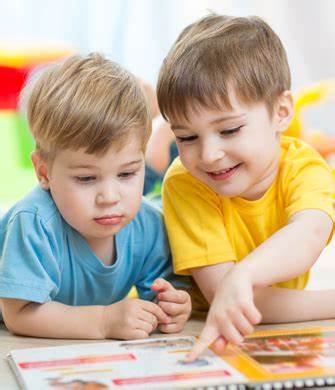